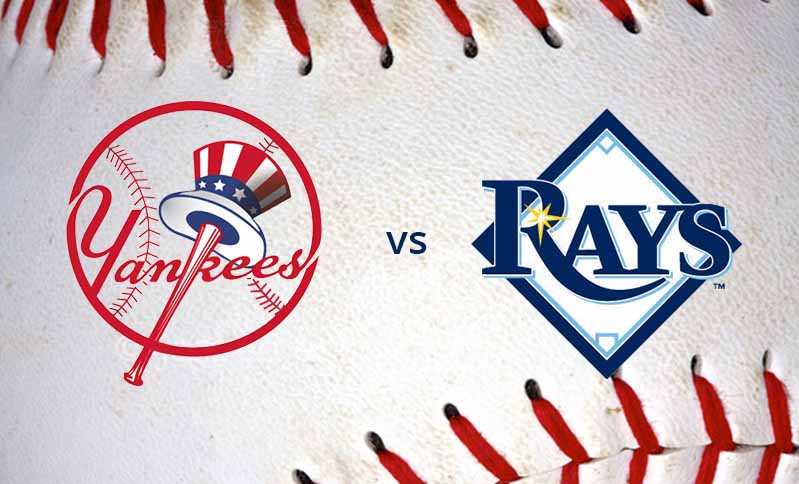 Take me out to the ballgame!

Get ready baseball fans. Here’s your chance to see the most storied franchise in baseball history – the New York Yankees – travel to central Florida to take on the Tampa Bay Rays at Tropicana Field. The matchup of American League East foes has been one of the most intriguing rivalries in MLB the last few years. And the Yankees and Rays figure to again go head-to-head down the stretch in 2014 in the battle for a division crown.

The game is also an opportunity to see Yankees great Derek Jeter in his final season. The Rays are led by AL All Star third baseman Evan Longoria.

You’ll enjoy excellent seating in the lower box seats (section 127) along the third base line inside the domed Tropicana Field where the temperature will be kept at a perfect 72 degrees. Plus you’ll receive $75 in Rays Dollars, valid for purchase of food, drinks and souvenirs.

You’ll also enjoy a festive Welcome Party on your first night, including dinner, open bar, prizes and an entertaining DJ, as well as personal concierge service and a late check out on your final day in Orlando.

Complimentary transportation to and from your event

Originally named the Florida Suncoast Dome and then the ThunderDome, Tropicana Field’s 1.1 million square feet include unique design features and fan amenities found nowhere else in the Major Leagues.

Tropicana Field is the world’s only professional sports facility that features live cownose rays. The Rays Tank opened in 2006, and is located just behind the right center field wall. Through a unique partnership with the Florida Aquarium, there are over 30 rays that fans can touch and feed throughout the game. The 10,000 gallon tank is one of the ten-largest in the United States.

In 2007, the Rays added four new video boards to Tropicana Field. The main video board in right field is 35 feet high and 64 feet wide, making it more than four times larger than the previous board.

Tropicana Field is home to a number of interactive areas for kids of all ages. In the Left Field Street area, fans can participate in a baseball-themed game show, take their picture on a Topps baseball card, and personalize their own jersey.

Right Field Street was renovated to include numerous activities for younger baseball fans. Kids can experience the magic of baseball in the Rays Baseball Carnival that includes Tip-a-Jug, Ring Toss, and more. In addition, fans can take their swings against computer images of real Major League pitchers in a batting cage or test their arms in the speed pitch.

The Ted Williams Museum and Hitters Hall-of-Fame moved to Tropicana Field in 2006 and is also located in Center Field Street. Fans can view an array of different artifacts and pictures of the “Greatest hitter that ever lived.” These memorable displays range from Ted Williams’ days in the military through his professional playing career. This museum is dedicated to some of the greatest players to ever “lace ’em up,” including Willie Mays, Joe DiMaggio, Mickey Mantle, Roger Maris, and Sadaharu Oh.

Tropicana Field features the world’s second-largest cable-supported domed roof (Georgia Dome is the largest). It’s made of six acres of translucent, Teflon-coated fiberglass and it virtually supports itself with 180 miles of cables connected by struts. Opposing forces of tension and compression keep the roof in an arc. Tropicana Field’s roof is slanted at a 6.5-degree angle, dropping from 225 feet above second base to 85 feet at the center field wall. The slanted roof reduced the overall construction costs and decreased the volume of air under the dome by 16.8 million cubic feet. Accordingly, that reduced the amount of air that requires climate control treatment. It is built to withstand wind of up to 115 miles per hour. The roof of the dome is lit orange after the Rays win at home, symbolic of the ballpark’s title sponsor, Tropicana Dole Beverages. 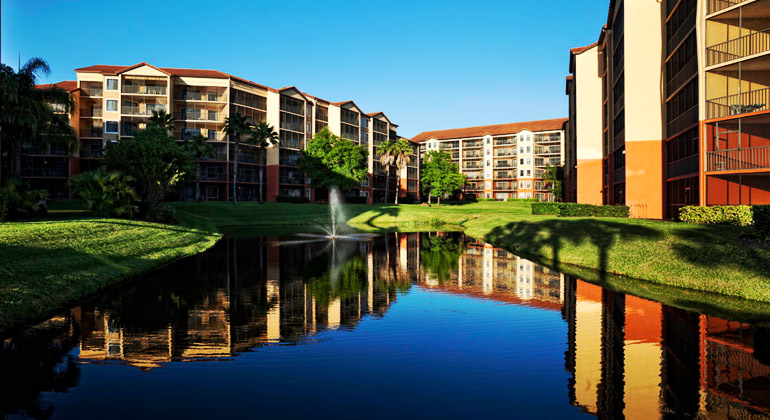 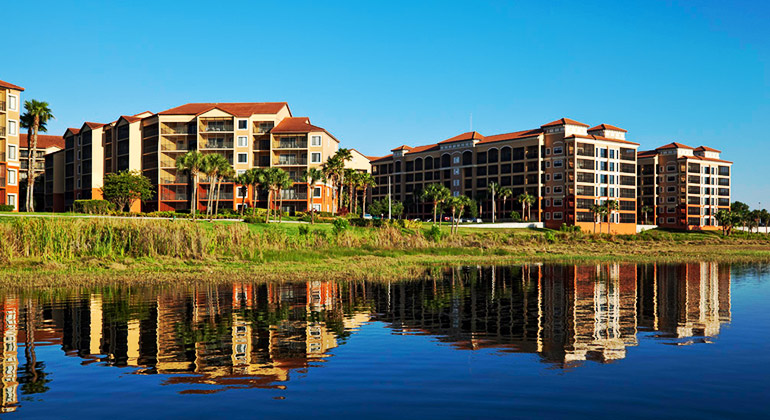 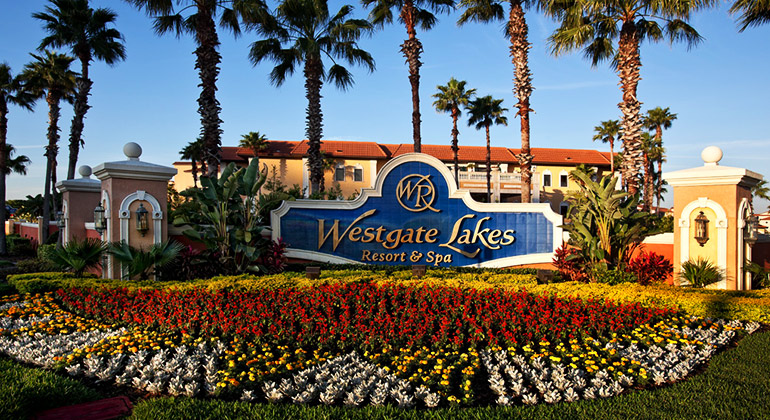 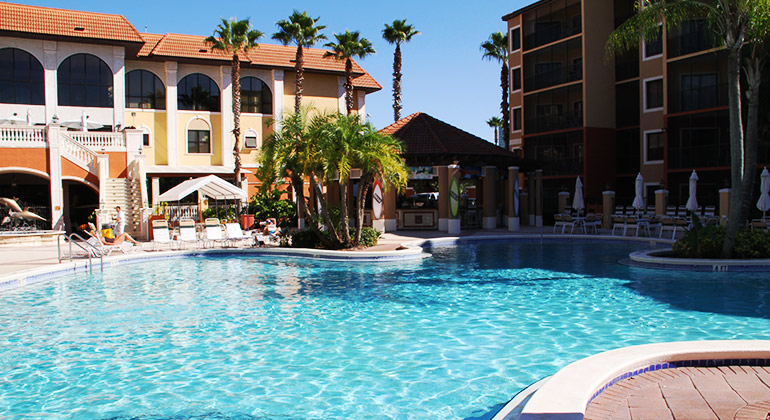 Westgate Lakes Resort & Spa offers a wide variety of dining options without ever having to leave the resort property. From a quick snack to a full service steak dinner, you’ll find it at Westgate Lakes.

Drafts Sports Bar & Grill offers great meals at a great price. Enjoy gourmet burgers and sandwiches made to order or a variety of other menu items such as delicious jumbo wings, Chicago-style hot dogs, a choice of fresh soups, salads and more. You can also catch your favorite team’s game on multiple flat-screen TVs while relaxing with a frosty beer or specialty cocktail at the breezy poolside bar. Drafts Sports Bar & Grill Express offers a unique dining experience for the whole family. The breakfast buffet at Drafts includes eggs, sausage, bacon, pancakes, cheesy grits, hash brown potatoes, fresh fruit and pastries. Check out the new state-of-the-art Game Room or challenge friends and family to a round of mini bowling!

Westgate Lakes Resort & Spa has three pool bars located throughout the resort. The Citrus Breeze pool bar offers signature coconut drinks and a variety of draft beers. The Flamingo Bay pool bar serves up 32 oz. Margaritas, frozen or on the rocks, as well as 15 oz. Hurricanes and other cocktails. The Coral Reef pool bar offers creative drink recipes such as the Hand-Dipped Coconut Ice Cream Pina Colada and the Frozen Frog.

Located between the 1500 and 1600 buildings, Joe’s offers a variety of groceries, dairy items, snack items, pasta, pre-packaged and sliced to order deli meats as well as freshly made to order deli sandwiches and subs, Krispy Kreme donuts, baked goods, and more. 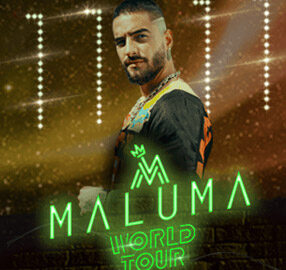 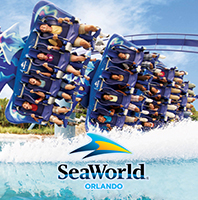 A Day at SeaWorld 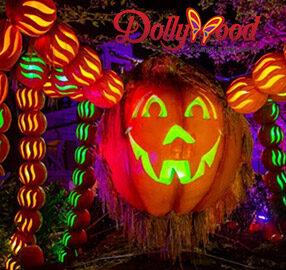 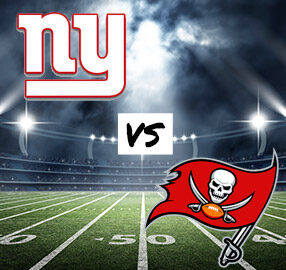